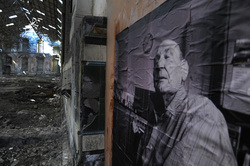 I recently spent  a year and a half photographing former coal miners and their families, many of whom I photographed thirty years ago during the 1980s.

Re visiting the people and making new environmental portraits was an experience I shall never forget the rest of my life. Although the topography of the south Wales valleys has changed considerably, personalities have stayed the same. The coal dust faces have been washed clean, but the scars of a cruel industry remain.

The south Wales valleys once was a world leader in mining coal. In the 1980s there were over thirty deep coal mines still producing high quality anthracite and steam coal in the valleys. Twenty thousand miners were employed by the National Coal Board. Pits were dotted around the area where I grew up and many of my school friends progressed to the mines, for what they thought, would be a job for life.

In 1983, the Conservative government announced the closure of the Tymawr Lewis Merthyr colliery in the Rhondda valley. The Welsh miners supported strike action, but other coal producing areas in England voted against industrial action. Tymawr Lewis Merthyr subsequently closed.

During 1984, an announcement was made to close many pits, not just in Wales, but across the numerous coal fields in England and Scotland. This sparked the bitter year long miners' strike.

Employed as a photojournalist for a number of broad sheet news papers, I photographed picket lines, rallies, soup kitchens and miners and their families struggling against financial rein, strongly believing that they could save their pits, not only for themselves, but for the following generation to have the right to work in their villages where they grew up.

Thirty years on, I decided to look for the miners and their families I originally photographed. Circumstances have changed. The pits have gone. Many of the former miners are retired or have passed away. Others have gained employment elsewhere. But the friendship and comradeship remains  deeply embedded in the personalities that made the coal industry. It is this, and this alone, that has made this project so memorable.

The pits  have been replaced by housing estates, industrial units and derelict land substitutes the winding gear that stood proud, the focal point of many valley landscapes. The noise of heavy coal processing machinery, merged with the echoed voices of miner's banter, has been replaced by birds singing. The black shades of coal tips are now sculpted into green grassy curves on the hillside.

Some relics of the past however, still remain. It is these locations that I have decided to place my environmental portraits and re photograph them. The portrait images were photographed on black and white medium format film. This was to replicate my original images of the 1980s. I've made photocopy prints and placed them together to form a large image around two metres square. The images are photographed in colour, showing the disused background where coal miners worked thirty year ago.

The remains of coal is once and for all disappearing for ever; a thriving industry that fuelled the industrial revolution, now stands idle, decaying and waiting for mother nature to re claim the land.  Mining memories and the people who tell them, will also disappear, only to be found in books and on web pages. But the irony is, there is plenty of coal in the seems underneath the south Wales valleys; coal that will never be raised - unless? 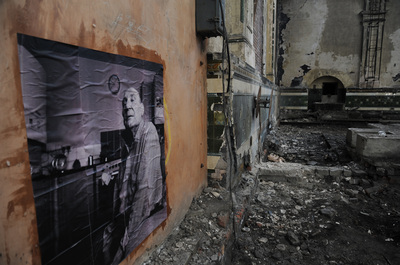 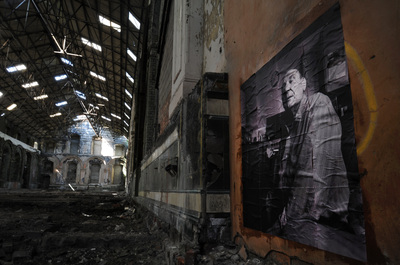 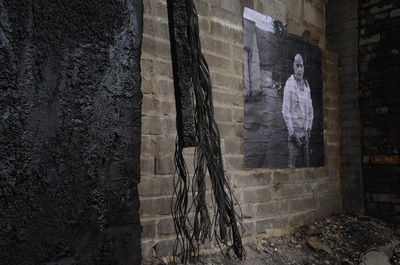 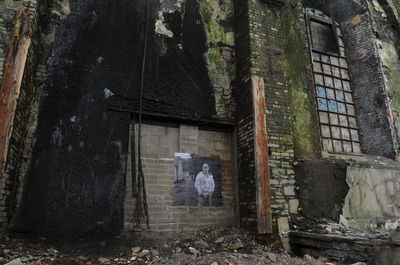 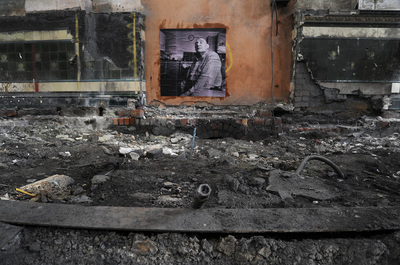 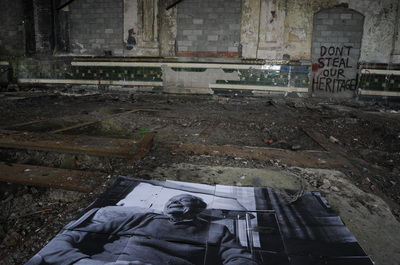 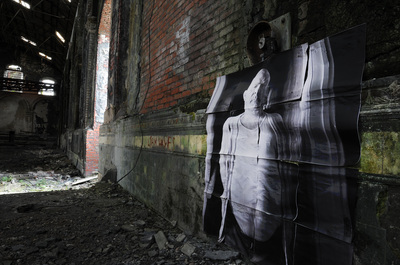 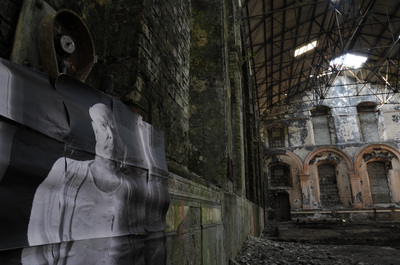 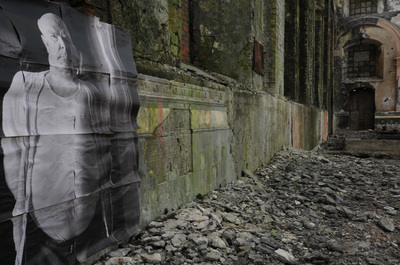 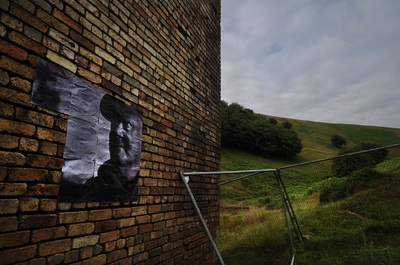 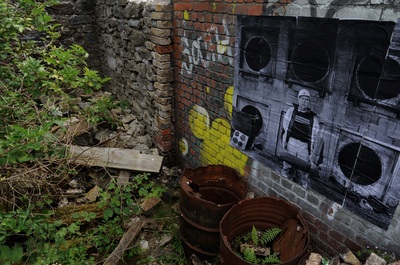 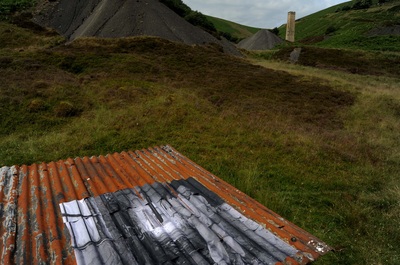 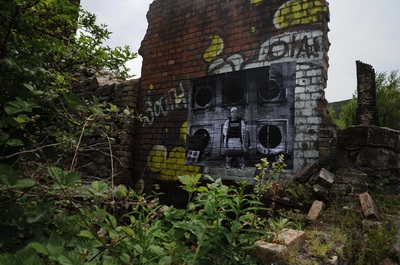 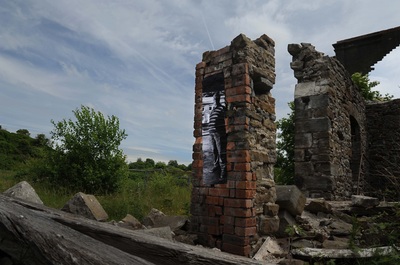 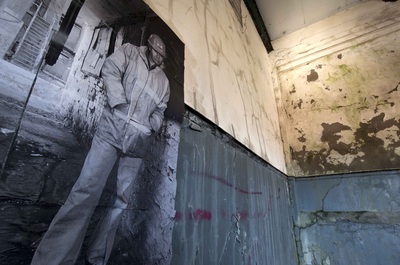 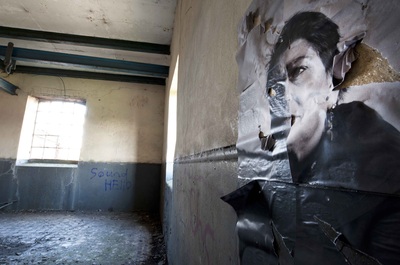 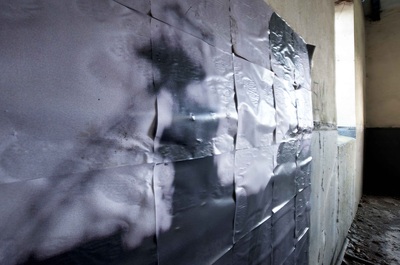 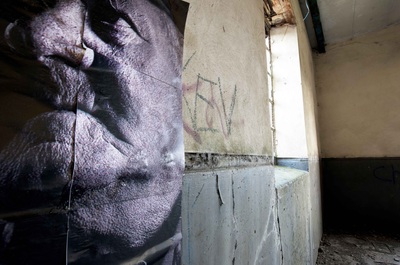 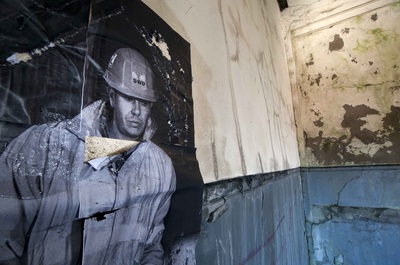 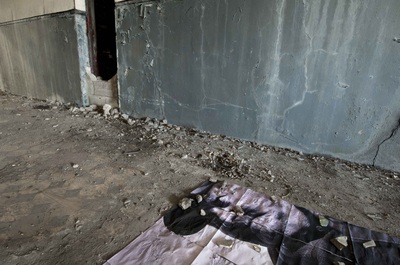 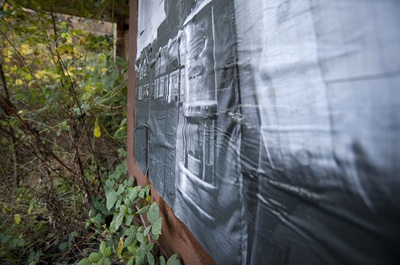 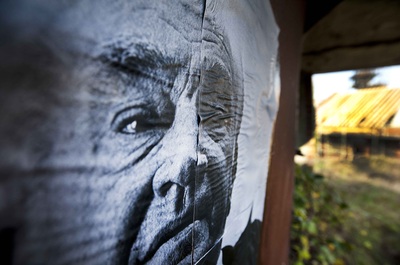 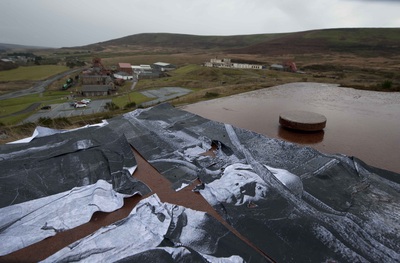 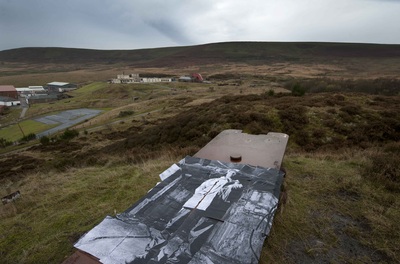 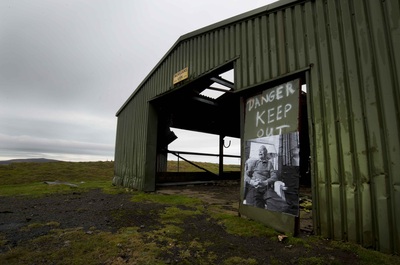 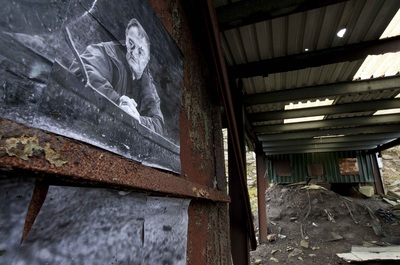 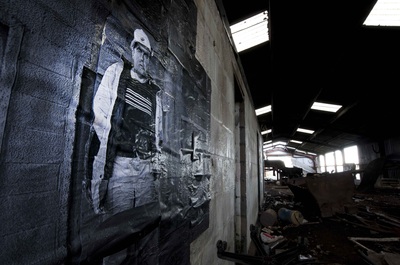